Note:
Statue of Moses on his grave is by Michelangelo (do I need to tell you this?)

Julius II became Pope in the context of the Italian Wars, a period in which the major powers of Europe fought for primacy in the Italian peninsula. Louis XII of France controlled the Duchy of Milan, previously held by the Sforza, and French influence had replaced that of the Medici in the Republic of Florence. The Kingdom of Naples was under Spanish rule, and the Borja family from Spain was a major political faction in the Papal States following the reign of Alexander VI. The Archduke of Austria Maximilian I was hostile to France and Venice, and desired to descend in Italy in order to obtain t ...
Read full article 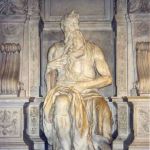 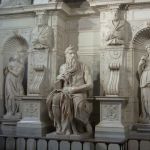 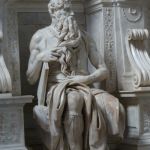